Kimberly Ramey is a Partner in Butler’s main ofﬁce located in Tampa, Florida. Her practice is primarily devoted to Liability Insurance Coverage disputes, with a focus on general liability coverage. She has extensive experience handling and litigating third-party claims involving a variety of coverages, including auto liability, commercial general liability, personal/premises liability, professional liability, and excess and umbrella.  Kimberly is skilled at transferring risk and minimizing exposure in multi-party disputes, including those involving complex construction defects and catastrophic accidents. She is frequently retained to defend insureds in premises liability, automobile negligence, construction accident, construction defect, and personal injury cases.

Kimberly is the author of several articles published in legal journals, including publications issued by DRI and Mealey’s.  She is regularly invited to speak about insurance-related topics at regional and national industry conferences.  Additionally, Kimberly is a member of the American Bar Association’s Tort Trial and Insurance Practice Section (ABA), the Claims and Litigation Management Alliance (CLM), the Defense Research Institute (DRI), and the Property and Liability Resource Bureau (PLRB).

Starr Indem. & Liab. Co. v. David Rodriguez, 1:19-cv-20097-RS (S.D. Fla. Sept. 29. 2020) (summary judgment entered in favor of insurer after the insured failed to report an accident giving rise to a wrongful death suit for approximately two years; insurer had no obligation to defend or indemnify due to the insured’s breach of the business auto policy’s notice requirements).

Starr Indem. & Liab. Co. v. Miami Chocolates, LLC, 17-CV-23626, 2018 WL 4026731, at *8 (S.D. Fla. Aug. 21, 2018) (summary judgment granted in favor of insurer; policy’s breach of contract and trademark infringement exclusions applied to relieve insurer of any duty to defend or indemnify its insured with respect to a claim for unfair competition premised upon the insured’s alleged unauthorized use and display of a trademark and other brand-name items following the termination of a franchise agreement).

Am. Econ. Ins. Co. v. Traylor/Wolfe Architects, Inc., 3:12-CV-1094-J-32JBT, 2014 WL 3867676 (M.D. Fla. 2014) (summary judgment granted in favor of insurer under business auto policy where the true facts demonstrated that the insured was not operating his vehicle for a business purpose, notwithstanding the false allegations to the contrary in the underlying complaint; insurer had no duty to defend negligence suit arising from catastrophic motorcycle accident). We are proud to be a Platinum Sponsor for the 2022 CLM Construction Conference. This event will take place from September 21-23, 2022 in San Diego. Partner Denise Anderson will be presenting "Stick To Your Guns: How Changes Can Come Back To Bite You," on September 22nd. In attendance will be Tampa attorneys Ashley Mattingly and Kim Ramey. For over a decade, the CLM Construction Conference has be... The Shooting at The Hall Nightclub and Resulting Lawsuits On July 1, 2016, shots were fired inside The Hall nightclub in Palmetto, Florida. Three individuals were shot, and others were trampled as patrons attempted to escape. Multiple lawsuits followed in which the injured patrons sued the owners of The Hall on theories of negligence. In separate suits, the patrons alleged that The Hall was li... The Florida Legislature recently created a new cause of action for contribution among co-primary liability insurers. Under this new law, a liability insurer who defends an insured may file suit against other insurers asserting a right of contribution for defense costs. This amendment (creating Florida Statute 624.1055) first appeared as an addition to House Bill 301 proposed by Representative San... In celebration of International Women's Day, Butler's female attorneys came together to discuss important female figures in US history. Watch the video below: [embed]https://www.youtube.com/watch?v=4CTfgnj51So&feature=youtu.be[/embed]  ... Kimberly Ramey from Butler Weihmuller Katz Craig along with co-presenter Jamie Flowers, presented in Boston, MA at the PLRB Claims Conference on the topic of "Multiple Claimant Cases: Minimizing Exposure" on March 27, 2017. ... This Mediation Is Confidential, Right?

Mediation is an effective dispute resolution tool because it allows participants to openly discuss all aspects of a dispute without the fear of recourse or retribution. Confidentiality is a critical component of this process. Litigants and insurers participating in mediation often proceed under the assumption that all communications and conduct occurring during mediation will be cloaked with pro... 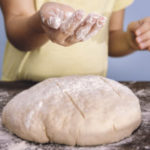 Splitting The Baby: The Insurer’s Duty To Notify The Insured Of The Need For An Allocated Verdict

This is one of a series of articles originally published in Mealey's Litigation Report: Insurance Bad Faith, Vol. 24, #15 (December 9, 2010). © 2010   [Editor's Note: Fay E. Ryan is a partner the Tampa office of Butler Weihmuller Katz Craig LLP, which also has offices in Chicago, Charlotte, Mobile, Tallahassee and Miami. She is an experienced trial attorney in the firm's Extra-Contractual, T... A Look Back At Some Of 2009s Significant Bad Faith Decisions

This is one of a series of articles originally published in Mealey's Litigation Report: Insurance Bad Faith, Vol. 23, #18 (January 28, 2010). © 2010   [Editor's Note: Fay E. Ryan, is a partner with the law firm of Butler Weihmuller Katz Craig LLP with offices in Charlotte, Miami, Mobile, Tallahassee and Tampa. She is an experienced trial attorney in the firm's Extra-Contractual, Third-Party C...