James Walsh is a Senior Associate at Butler in our Miami office, practicing in Construction, Trucking, Casualty Defense Litigation and Third-Party Coverage.

Prior to joining Butler, James was an associate at an insurance defense firm in Manhattan, New York. He handled matters from inception through trial and appeal. James is a skilled advocate having obtained multiple summary judgment decisions dismissing all claims against his clients in cases with significant damages. James has also defended insureds in federal court where plaintiffs alleged copyright violations, civil rights abuses, and violations of the Americans with Disabilities Act. James has the experience and knowledge to develop and implement winning defense strategies and works with his clients to obtain the best results in each case.

In addition, James has volunteered to represent undocumented children in Federal Immigration Court. In doing so he helped children obtain lawful immigration status and a path to citizenship in the United States. 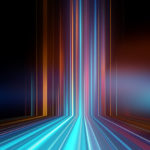 Congratulations to Our Newest Senior Associates!

We at Butler are proud to announce our newest Senior Associates: Eric Noble from our Charlotte office and James Walsh from our Miami office. We thank them for their hard work and dedication to the law firm and to our core values of:  Service.  Teamwork.  Principles. Click their icons to learn more about them.... February – Welcome to our Newest Attorneys!