Roman Harper is a Senior Associate at Butler in the Charlotte office and practices in First and Third-Party Coverage. Prior to joining Butler, Roman was an Associate at a firm in Las Vegas, Nevada. CONGRATULATIONS TO OUR NEWEST SENIOR ASSOCIATES

Join us in congratulating our firm’s newest Senior Associates: C.J. Dewrell, Roman Harper, and Thais Passerieu. Each of them has exhibited hard work and dedication to our firm’s success. To learn more about each attorney, click their names above.... 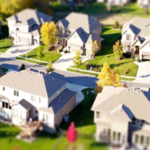 INTRODUCTION Most first-party property coverage policies contain an appraisal provision that allows either the insured or the insurer to make a written demand for appraisal when the parties agree that covered property was damaged by a covered cause of loss, but disagree on the value of that damaged property. North Carolina, South Carolina, and Georgia lack the wealth of appraisal law that states ...