Hudson Jones is a Partner at Butler, in our Tampa office. He works in our firm’s Property Coverage group practicing in Extra-Contractual issues. Some examples of his case types include catastrophic loss, first-party coverage issues, general liability coverage, and property insurance.

Hudson studied law at the West Virginia University College of Law. While attending law school, he was active in the American Constitution Society, Public Interest Advocacy Group, Sports Law Society, and the Student Bar Association. Hudson focused his studies on Litigation and Trial Advocacy and gained legal experience by serving as assistant to two professors, contributing in numerous legal scholarship articles and books. He graduated in 2007, and went on to work as an Assistant Public Defender in the Florida Public Defender’s Office in the Sixth Judicial Circuit. In the three years he spent at the Public Defender’s office, he tried 52 jury trials as a defense attorney and litigated numerous criminal cases. In 2010, Hudson worked at a private firm, where he focused on defending employers, insurance carriers, self insurers and third-party administrators in insurance and workers’ compensation matters, before ultimately joining Butler. Our latest webinar series will inform you on issues that may arise during adjustment of Hurricane Ian claims. In the fifth part of this series, Partners J. Pablo Cáceres and Hudson Jones, along with MDD's Kristine Elkind, will analyze problems associated with the valuation of such business interruption claims in light of sudden economic factors, such as those caused by the pandemic and world eve... Diversity Jurisdiction: Remove Your Case from State to Federal Court, and Keep It There

Join Partner Hudson Jones and Associate Christian Gonzalez-Rivera as they present for the 2022 FDLA Florida Liability Claims Conference at Disney's BoardWalk Inn on June 15-17, 2022. The presentation will provide an analysis of three critical opportunities for defense counsel who wants to remove a case from state to federal court based on diversity jurisdiction.... Diversity Jurisdiction: Remove Your Case to Federal Court and Keep It There

Partner Hudson Jones and Senior Associate Grayson Kelly presented "Diversity Jurisdiction: Remove Your Case to Federal Court and Keep It There" for the 2021 NAMIC Webinar Series. This presentation evaluated the pros and cons of litigating insurance claims in federal court. The presentation analyzed three critical opportunities for defense counsel who want to remove a case from state to federal cou... Congratulations to our Newest Partners! Contingency fee multipliers increase attorney fee awards substantially. The general custom in American law is that each party is responsible for his or her own attorney’s fees, regardless of the outcome of the action. See Johnson v. Omega Ins. Co., 200 So.3d 1207, 1214 (Fla. 2016). An exception, however, arises when an agreement of the parties or a statute states otherwise. Id. at 1214-15. Sec... 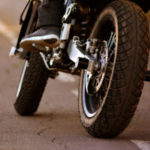 Why Sue For Bad Faith When Consequential Damages Are Available

Bad faith aside, insurers often assume a claim's ‘‘total" exposure under the insurance contract is the policy's limit.  Courts traditionally allow insureds to recover contractual damages based on the limit, plus legal interest.  However, a new trend is emerging in some jurisdictions. Click the link on the right to download pdf Article Link>>... This article was originally published in DRI's For the Defense, November 2012. The problem of the vanishing jury trial is a familiar one to DRI members, for whom this loss is keenly felt. This decline in jury trials presents not only an economic threat to membership, but also a decline in fair and just adjudication. Ongoing Efforts To Preserve Our Unique Right...