As a Partner who has been with Butler since 2009, Jason M. Seitz is an accomplished attorney and is a member of The Florida Bar. He mostly focuses his practice on the defense of First-Party Property Insurance Coverage. Additionally, he handles Construction Litigation and other claims.

Jason received his Doctor of Jurisprudence degree from the University of Florida Levin College of Law in 2005. While in law school, he earned the highest marks of his class in Criminal Law, and he earned honors for his work in Legal Research and Writing as well as in Appellate Advocacy. Prior to that, he earned a Bachelor of Arts in Art History from the University of North Carolina, Chapel Hill in 1997.

Prior to joining Butler, Jason was an Assistant State Attorney in Miami-Dade County where he prosecuted crimes ranging from DUI to homicide. Jason has tried more than 25 jury trials and has similarly significant non-jury trial experience. 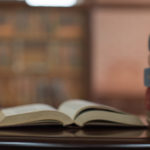 This article is originally a publication of the National Insurance Law Forum, July 2018. Legal opinions may vary when based on subtle factual differences. All rights reserved. Claims investigations involving counsel often include communications relating to his or her understanding of the facts, opinions of relevant law, and recommendations. Oftentimes, claim notes or other claim file materials ... Perspectives On The Ali Restatement: The Plain Meaning Rule Or Presumption?

This article is originally a publication of The National Insurance Law Forum, June 2018. Legal opinions may vary when based on subtle factual differences. All rights reserved. The American Law Institute (ALI) voted to approve the Restatement of the Law of Liability Insurance (Restatement) at its annual meeting on Tuesday, May 22, 2018, with sections of the Restatement being debated until the fi... Allocating Responsibility For Defense And Indemnity Costs Among Multiple Insurers Identity Restoration Insurance: Why Would I Need That?

This article is originally a publication of National Insurance Law Forum, March 2018. Legal opinions may vary when based on subtle factual differences. All rights reserved. When retired nurse Helen Anderson[1] flew to visit her sick daughter, she let her niece, Samantha, house sit. Though she had instructed her niece that no friends were allowed over, Helen found Samantha in the house with her ... A Theoretical Safety On The Trigger Of The Duty To Defend Join us in celebrating our newest Partners! Congratulations to Sarah Burke, Aaron Jacobs and Jason Seitz!... 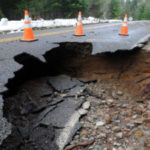 That Sinking Feeling: Sinkholes, Florida Law, and Some Questions Raised by The Recent Collapse in Land O’ Lakes

The recent catastrophic ground cover collapse in Land O’Lakes attributed to a sinkhole highlights the unique aspects of Florida geology and the impact it can have on the risks faced by building owners and their insurers. In central and western Florida, the land generally consists of a layer of limestone topped by layers of clays and sands. The limestone is a vestige of the shells and skeletons o... We Said What We Meant And We Meant What We Said! — Enforcing Contract Language Despite Assertions Of Bad Faith And Insurer ‘Misconduct’ During The Adjustment Of The Claim

This is one of a series of articles originally published in Mealey's Litigation Report: Insurance Bad Faith, Vol. 24, #10 (September 23, 2010). © 2010   [Editor's Note: John V. Garaffa is a Partner and Jason M. Seitz is an associate with the law firm of Butler Weihmuller Katz Craig LLP in Tampa, Florida.  Any commentary or opinions do not reflect the opinions of Butler or Mealey's Publicat... Is The Increased Cost To Repair Undamaged Portions Of The Structure A Consequence Of Enforcement Of Building, Zoning Or Land Use Ordinance Or Law?

This is one of a series of articles under "Property Insurance Law Committee" originally published in ABA Committee News, Winter 2010...