A Partner at Butler, David B. Krouk is the practice group leader for the firm’s Extra-Contractual claims department.  He practices in our Casualty Defense Litigation, Coverage Defense, and Extra-Contractual claims departments. David joined the firm in 2001.  His practice focuses on representing insurance carriers in the defense of extra-contractual litigation, coverage disputes and the management of difficult pre-suit claim handling scenarios.  The focus of his practice is on extra-contractual issues arising from automobile liability claims, including insurer bad faith and uninsured motorist bad faith claims.  He also frequently litigates issues pertaining to federal court removal and jurisdictional battles over the venue for litigation of coverage and bad faith claims.

David is a frequent lecturer at insurance industry events on issues pertaining to bad faith and insurance coverage. He has also published numerous articles, including “Breaking Down Privileges: Discovery of the Claim File In Florida Bad-Faith.”

David earned his Doctor of Jurisprudence degree, with honors, from the University of Florida in 1992. While at the University of Florida law school, he was a member of the Moot Court Team. He also earned his Bachelor of Arts degree in Philosophy from Emory University in 1989.  He is admitted to the Florida bar, all Federal courts in Florida, the United States Court of Appeal for the Eleventh Circuit and the United States Supreme Court.

Kropilak v. 21st Century Security Ins. Co., 806 F.3d 1062 (11th Cir. 2015)— opinion affirming jury verdict in favor of the insurance company defendant in a third party bad faith action, and holding that an insurance company has no good faith duty to enter into a consent judgment agreement or “Cunningham” agreement in excess of the policy limits. The United States Court of Appeals for the Eleventh Circuit recently addressed the issue of whether tendering a policy limits check on a liability policy with an overbroad release could constitute bad faith. In Pelaez v. Government Employees Ins. Co., No. 20-12053, 2021 WL 4258821 (11thCir. September 20, 2021), the court affirmed a summary judgment order in favor of an automobile liability carrier... Recognizing the Best Lawyers in America 2022

Please join us in congratulating our Partners for being recognized on “The Best Lawyers in America” list for 2022. Recognition in Best Lawyers is widely regarded by both clients and legal professionals as a significant honor, conferred on a lawyer by his or her peers. For more than three decades, their publications have earned the respect of the profession, the media, and the public, as the m... 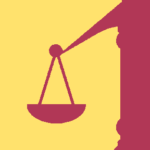 THE MANY FACES OF MULTIPLE LIABILITY CLAIMS: TWO DIVERGENT OPINIONS FROM THE ELEVENTH CIRCUIT COURT OF APPEAL 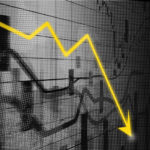 Partner David Krouk presented "From Cunningham to Coblentz – the Pros and Cons of Consent Judgments" for the 2020 FDLA Virtual FINS Conference.... Anthony Russo, David Krouk, Matthew Lavisky and Mihaela Cabulea presented "Harvey v. GEICO Gen. Ins. Co. - How bad is it, and where do we go from here?" This presentation took place in Disney's Boardwalk Inn on June 6, 2019. This panel of experienced bad faith attorneys discussed the landscape of third-party bad faith claims in Florida following the Supreme Court's recent opinion in Harve... Partner David Krouk is presenting at the FDLA Liability Claims Conference on the topic "Uninsured Motorist Bad Faith Claims: Before, During and After Fridman v. Safeco" on June 8, 2018, in Lake Buena Vista, FL.  ... Kathy Maus and David Krouk from Butler Weihmuller Katz Craig along with co-presenter Beth Zaro Green presented in Uncasville, CT at the 5th Annual Bad Faith Claims & Litigation Strategies ExecuSummit on the topic of "Who is Afraid of the Big Bad Wolf?" This 2—part program compared elements of 1st & 3rd party insurance and Bad Faith laws between states and show how the fear of bad faith... David Krouk spoke at the PLRB Regional Adjusters Conference October 29 & 30, 2013 in Concord, NC. David's topic was, "Expected or Intended Conduct: Is It an Occurrence? "...

David Krouk spoke at the PLRB Regional Adjusters Conference September 10 &11, 2013 in DesMoines, Iowa. David's topic was, "Expected or Intended Conduct: Is It an Occurrence?"... David Krouk spoke at the PLRB Regional Adjusters Conference June 11 & 12, 2013 in Garden Grove, California. David's topic was, "Expected or Intended Conduct: Is It an Occurrence? "... Breaking Down Privileges: Discovery Of The Claim File In Florida Bad-Faith Actions

This is one of a series of articles originally published in Mealey's Litigation Report: Insurance Bad Faith, Vol. 23, #22 (March 25, 2010). © 2010   [Editor's Note: David B. Krouk is a partner with the law firm of Butler Weihmuller Katz Craig LLP with offices in Tampa, Tallahassee, Miami, Mobile and Charlotte. He is an experienced trial and appellate lawyer in the firm's Liability and Extra... This is one of a series of articles under the by line "Butler on Bad Faith" originally published in Mealey's Litigation Report: Insurance Bad Faith, Vol. 16, #24, p. 32 (April 16, 2003). © Copyright Butler 2003.  I. Does the Duty of Good Faith and Fair Dealing Go Both Ways? In most every jurisdiction, the basis for a claim of insurer bad faith is the recognition of a duty of good faith and fai... This is one of a series of articles under the by line "Butler on Bad Faith" originally published in Mealey's Litigation Report: Insurance Bad Faith, Vol. 16, #12, p. 20 (October 23, 2002). © Copyright Butler 2002. I.   Introduction Insurers find nothing more frustrating than paying for unearned indemnification dollars. In a first-party context this may result from unreported values causing a... Resolution Of The Underlying Claim As A Prerequisite To Bad Faith

This is one of a series of articles under the by line "Butler on Bad Faith" originally published in Mealey's Litigation Report: Insurance Bad Faith, Vol. 14, #24, p. 25 (April 18, 2001). © Copyright Butler 2001.  In every jurisdiction that has considered the issue, a claim for bad faith does not accrue until there has been a final determination of the underlying claim for insurance benefits or ...